During Last few months ECO-V got involved in conducting series of programmes related Solid Waste management including Morawaka and Pitabeddara areas in Southern province.  One Mr. Ranjan Abeywicjrama from Morawaka who really wants to make sustainable community with proper waste management system invited us to conduct these programmes. He is the owner of an organic farm called Shrawani Estate - https://www.facebook.com/Shrawani-Estate-183328318673432/ who had been directly involved with the waste issue at Morawaka town for many years.

Morawaka and Pitabeddara are two small towns that situated in Matara District of the Southern Province. Those are located along the A17 road near to Deniyaya which has become one of the major tourist destinations of Sri Lanka. These small towns surrounded by hills and its natural beauty and pleasing climate conditions have been threatened by careless garbage dumping. The Nilwala River which runs through these areas has also been polluted as this waste issue and misbehaviors of residents. Both town got severely flooded by the past recent floods they had the they were 20 feet under water. Basically purpose of this program series was making tidy town area and developing positive attitudes of residents towards a proper waste management system.

The 1st program was held on 03rd of August, 2017 at Nilwala River Breeze Hotel, Morawaka and organized by Mr.Ranjan with the support of Pitabeddara Pradeshiya Sabha. Members of Trade union – Morawaka, Few Police officers of Pitabeddara Police, PHI officers, teachers from schools and preschools, staff members of Provincial Council, members of three wheeler union, few grama niladharis (Village state representatives) and residents of Morawaka area were participated at the session. 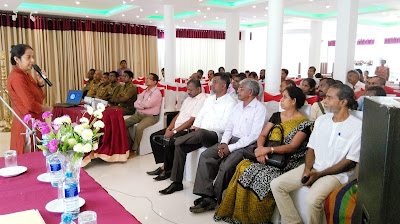 It was a very successful session since we were able to talk to the grass root level of that area and also we discussed on proper waste management methods with officers from various administrations who supports the community. It was reported, many people have died and many are reported missing since “Morawaka kanda” collapsed due to landslide during recent rainy season. This kind of environmental and climate crises happens because of negative human factors. So we were able to indicate that the gap between environment and human is the major issue for these kind of environmental disasters.  We mentioned that human are a small part of this environment and we have no right to destroy the environment. Discarded polythene bags, plastic bottles, cans and other non – biodegradable waste create blocks in water drains and canals. It directly supports to increase floods at town areas.

It was taken well by the participants and they were very satisfied and many of them involved with the discussion with their own plans to continue this program to make sustainable and green atmosphere around Morawaka and Pitabeddara areas.

After the session team ECO-V had a great opportunity to visit Sharwani Estate (organic garden) owned by Mr. Ranjan and had a beautiful lunch. 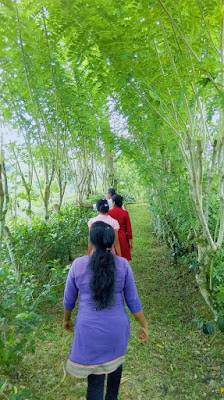 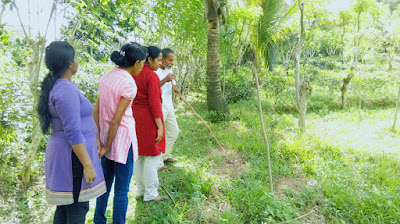 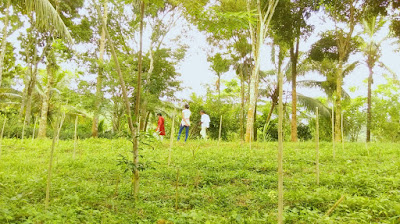 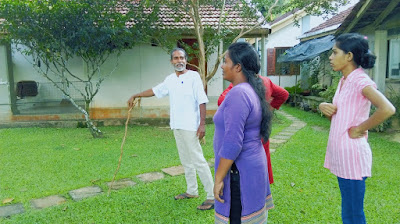 As a result of the program which held on 3rd of August, ECO-V received another invitation by Divisional Secretariat of Pitabeddara to conduct the same Waste Management session on 22nd of August. They specially requested us to create awareness on Conscious Consumerism too which is another key area of ECO-V.  Over 160 staff members of Divisional Secretariat were participated in that session. 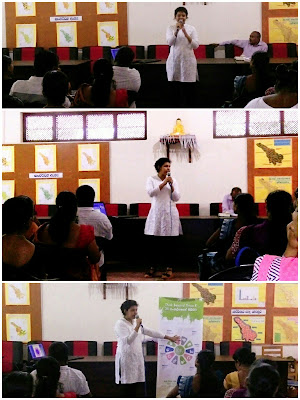 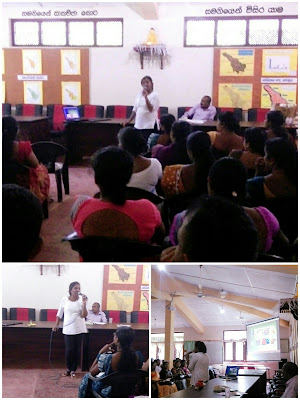 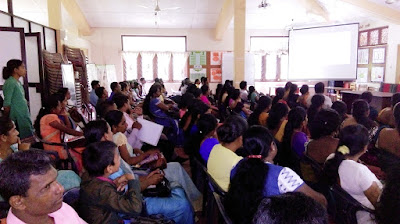 In the same evening Mr. Ranjan had organized a another Q & A session at Pitabeddara Pradeshiya Sabha premises, for small group of residence who are giving their own waste to the Pradeshiya sabha garbage collectors. Few staff members who had not participated the previous program at Morawaka also joined with this session. This was a kind of follow up session for Morawaka participants. 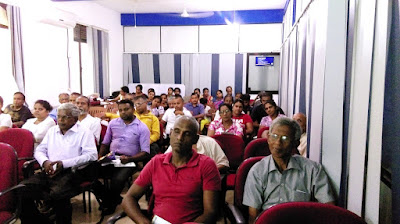 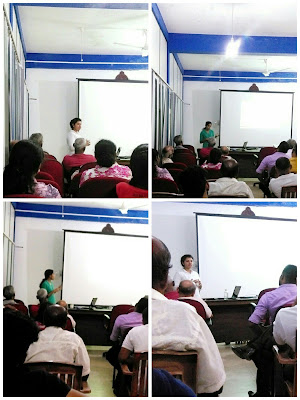 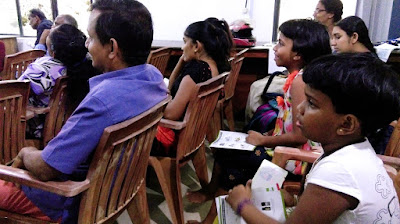 After the session, organizers discussed on future waste management plans at Morawaka town area. They have already planned to arrange dustbins with relevant waste segregation color-codes at Morawaka town. In addition, they have planned to create awareness among community by conducting similar kind of programs and after that they will get legal actions against contraventions.

Posted by Chapa Erandi at 2:34 PM No comments: